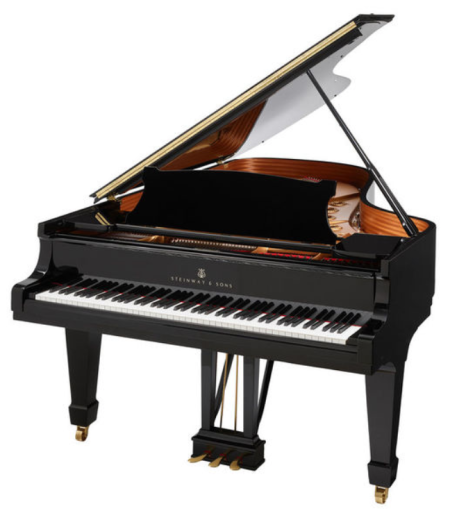 I’ve felt drawn to the piano from the very beginning – there’s just something about it that always made me want to touch it!

The first piano I recall was my Grandma Helen’s – a magical (to me!) baby grand.  When she’d play Chopin, I’d spin around dancing in the living room, collapsing in a dizzy toddler-heap – until she’d start playing again!  I began saving my allowance when I was 5 so that I could afford to buy my own piano; a turn-of-the-century painted-gray upright that had been in someone’s cellar for so long that it was impossible to bring the tuning up to concert pitch. With $20 for the piano, $20 to move it and $10 for the tuning, it wiped out my savings but was mine at age 10. 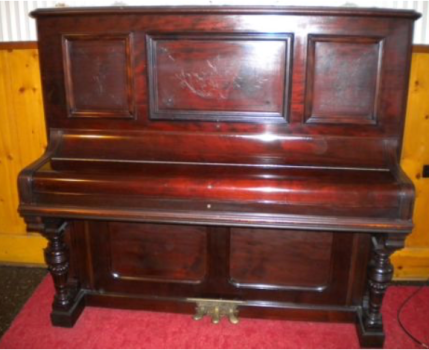 My mother gave it away when I moved to NYC after college and I played the pianos down the street at Manhattan School of Music practice rooms until I could afford to buy another upright; a circa-1940s walnut-stained Söhmer for $285, moving and tuning included.

This stood me in good stead for about 5 years until I became accustomed to the sound of grand pianos in NYC’s recording studios – and then I felt the need to upgrade to a baby grand. While accompanying a friend who was shopping for a Yamaha studio upright, a beautiful August Förster caught my fancy… WAY out-of-my-league financially, but SUCH a gorgeous thing it was…

I wound up borrowing from my mother to purchase a circa-1950s Harrington which set me back $1650, after $200 trade-in for my upright.  It recorded well and had a really nice sound for a small grand;  I loved it dearly until financial troubles in the late 1980s necessitated selling it, and I was piano-less for a few years. (Thank heavens for electronic keyboards, which got me over the hump!)

We began piano shopping in 1994 and found a 1976 Steinway CB we fell in love with. (A “CB” designates that the piano was deemed by Steinway to be superior “concert-artist” quality).  I loved playing it for a few months, while knowing that it would need rebuilding to remove the Teflon bushings  (more on this issue  here) – and we could hear those tell-tale “clicks” begin to happen more frequently every day. So we handed it over to the absolutely finest technician who ever lived, Richard Davenport.  For 5 long months he labored, while I returned to my no-longer appreciated synthesizer, and only a photo of a Steinway B tacked to the wall where our Steinway had stood.

Finally Richard returned it to us, sounding better than ever, and over the past 25 years it has proven to be a simply wonderful instrument in every way.  We’ve recorded over a dozen CDs on it. Technicians love tuning it and compliment its sound and action. It is truly worthy of love. 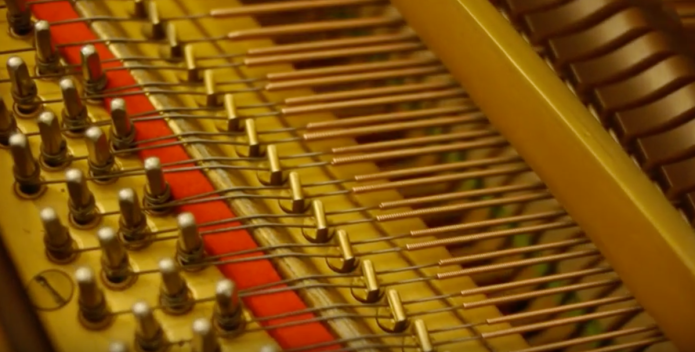 I know that Billy Joel has expressed his affection for the piano in song, but I prefer the older song – performed here by two dear and extremely talented friends: Linda November & Artie Schroeck  – who ALSO “love a piano”!

Up on the Woof