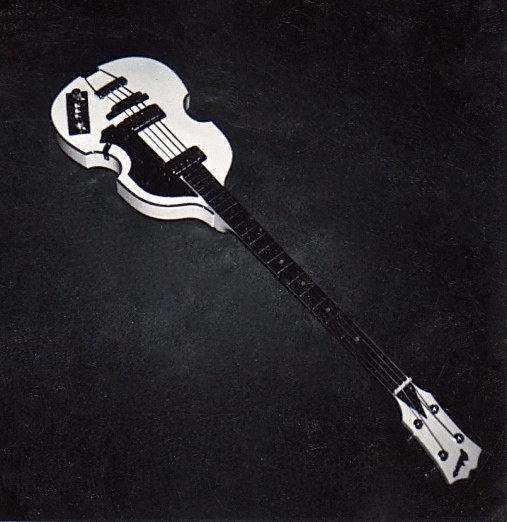 This gig sounded ideal – I’d get to play electric bass in a rock band!  And earn lots of tips from being a chambermaid all summer at a Lake George resort! Sure – the pay was lousy – 7 days/week at $35/week plus $5 for each performance (plus room and board), but think of those tip$!!  I couldn’t wait to get there!

Unfortunately, UConn was on a slightly different calendar schedule than a lot of other colleges, so by the time my dad dropped off me and my 2 suitcases, electric bass and home-made amp for the summer at Lake George, nearly all the staff had paired up with one another. No matter – I wasn’t there for romance. My plan was to have fun making music and to earn enough money to pay for my first year on campus without resorting to student loans.

Blue Water Manor was every bit as beautiful as depicted in the brochure; rustic and serene.  All the usual vacation-by-the-water activities were available to guests, and every night there was live entertainment in the main lodge: 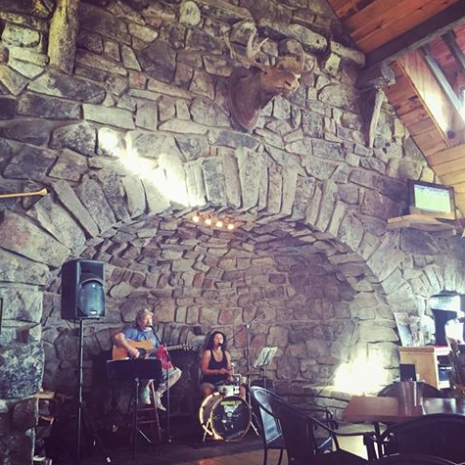 my rock band 2 nights/week, the other band I played in 2 other nights/week, a variety show night with magicians, country music and standup comedy, a talent show night featuring the guests, and every Saturday was an abbreviated production of WEST SIDE STORY. Every busboy, waiter, lifeguard, sous chef, etc. performed as entertainers, in addition to their “regular” jobs.

Our guitarist-leader was good! The lead singer was charismatic and along with the drummer, they had all decided on the repertoire before I’d arrived: lots of Beatles, Rolling Stones and a few rock groups that were new to me at the time: (Led Zeppelin?) I’d heard Creedence Clearwater Revival and Three Dog Night on the radio but I’d never tried playing anything but their hit singles, and of course, no one had sheet music or even chord charts so I just had to take the band’s word for it on how those songs went; there was a lot of “Born To Be Wild”, “In A Gadda Da Vida”, “White Rabbit” and “Dazed & Confused” on rock-band nights.  The other band provided dance music for the teenagers’ parents; songs like “Volare”, “Strangers In The Night” and “Besame Mucho”. I’d had limited experience playing electric bass with anyone but the records I owned, so it was challenging but also a lot of fun.

A word on wardrobe: I’d brought jeans and tee shirts and had sewn up half a dozen cute cotton dresses for my chambermaid duties –

kinda like the short sleeve dress on the left here…

or I think it might even have been THIS EXACT pattern!?

– never considering what DIRTY work cleaning guest rooms might be. My first week was spent readying the cabins down the road from the actual resort – and they were filthy!  Locked up since the previous summer, they hadn’t been touched in many months, they smelled atrocious and there were dead bugs everywhere!  I wanted to be a trouper but I got so grossed out by cabin after cabin of spiderwebs and dead mosquitoes. Still, I hung in for the promise of those huge tip$!  Then I began cleaning up after current guests, some of whom REALLY knew how to “party”!! (You haven’t lived until you’ve scrubbed up after folks who’ve managed to get sick ALL over the place!)  At that point, I was ready to give my notice – even though I was enjoying rehearsing and performing with the bands. Fortunately the guy they’d hired to run the dishwasher had just quit, so they shifted me to the kitchen – no cobwebs there!

The dishwasher position melted my calluses every day and then I’d build them back up playing or rehearsing with the band every night. I felt a little left-out when all the romantic couples were canoodling but I was mostly okay with it, since I’d taught myself to enjoy beer, which was half-price for employees (half of 35¢ per glass of Rheingold meant I could get a little buzz on every afternoon AND every night after work!)  In mid-July a bartender took me for a moonlight canoe trip out on Lake George, but there were so many mosquitoes biting, it put a definite damper on anything romantic. Towards the end of July one of the waiters took an interest in me – I remember necking with him while Neil Armstrong was taking “a giant leap for mankind” on the TV.

But shortly afterward, I had to face the fact that I wasn’t earning nearly enough to pay for college by being a dishwasher/bass player, so I gave my notice and headed back home on the bus. I remember being in tears, feeling like a hopeless failure at age 17, standing at the top of Dauntless Lane with my 2 suitcases, bass and amp, having called my sisters to help me schlep my stuff back to our garden apartment, since I could barely walk 5 steps carrying it all by myself. After 6 weeks at Blue Water Manor, I’d managed to save $150 – there I was, in mid-summer, without a job! What to do?

The next morning I saw a classified ad; the White Tower was looking for a waitress, so I hopped on the bus downtown, applied, got the job, (they supplied the uniform!)

– and… presto!  Tip$!!  For the next 6 weeks I flirted with the cute bus drivers, waited tables full time, sold my electric bass and homemade amp and then went off to college.