10 years ago I cowrote a song with Mark Winkler entitled “They’re Gonna Love Me (When I’m Dead)”, which was inspired by my experience attending the 2005 JazzWeek Summit in Syracuse. One of the most popular events of the Summit featured radio music directors playing and then discussing upcoming CD releases, saying which recordings would receive spins on their stations, and why. Some MDs were more open to vocal jazz than others, but they all rapturously agreed they’d be putting the newly-found Monk & Coltrane “At Carnegie Hall” recording from 1957 in VERY heavy rotation.

My heart sank. Once again, the ancient (and deceased!) masters were trumping new jazz releases. And according to Wiki, “Soon after its release, it became the #1 best selling music recording on Amazon.com.”

Obviously there’s a market for antiques. And I’ve never quibbled with acknowledging our debt to those brilliant musicians who came before us, but jazz continually takes it to the extreme. Witness this, which I received today in my email: 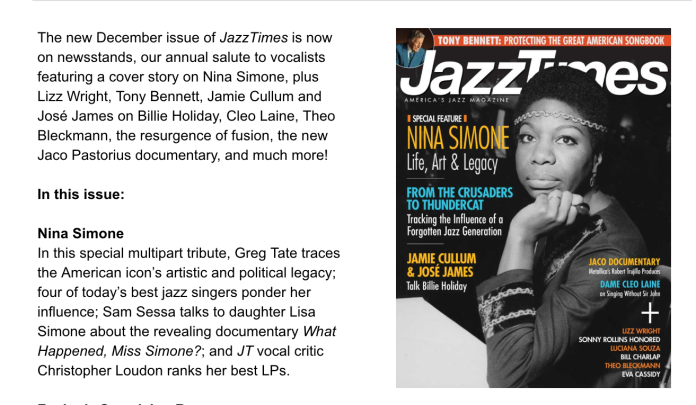 Now, I have nothing against Nina Simone or Billie Holiday or Cleo Laine or Eva Cassidy… but has anyone noticed, they are no longer with us??  In one issue alone, JazzTimes devotes dozens of pages to dead people. I don’t expect jazz media to completely abandon retrospective, but has it occurred to anyone that constantly staring in the rearview mirror might not be the best way to get anywhere new!? 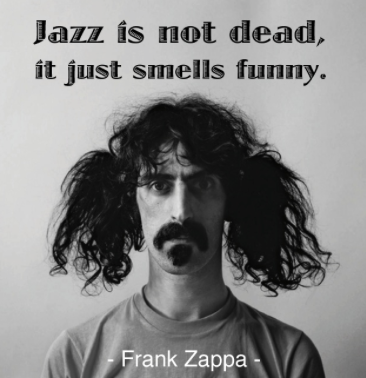 One thought on “It just smells funny”