*gaslit = freaked out, scared, unnerved into questioning ones own sanity (Oxford).

While I was hardly “born in a trunk”, both of my parents were theater-folk; they’d met doing shows at Syracuse University and continued to perform in plays and revues throughout my childhood. My sisters and I would “run lines” for them when they prepared for a performance, type copies of my dad’s plays for 10¢/page (pre-Xerox!) and be an enthusiastic audience while they rehearsed and performed at tiny theaters around CT.  My father had a number of his one-act plays published and even had an off-Broadway show produced in NYC in 1965. The Fourth Pig 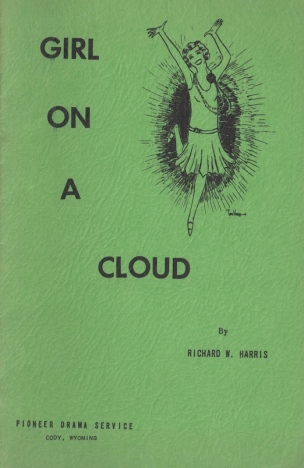 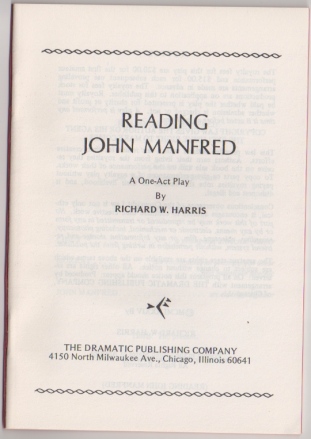 My first (unpaid) theater gig was playing for an awards ceremony for the Mark Twain Masquers in Hartford when I was 15, and I later earned a few shekels accompanying dance classes while at UConn. I always liked actors personally but grew impatient with the number of rehearsals they wanted to do. (we jazz musicians like to “wing it” more than some other performers!)  When I participated in the terrific ASCAP, BMI and ASK workshops, I also discovered I wasn’t too thrilled with the degree of compromise required with working in the musical theater – the endless rewrites for non-musical reasons, for example. While it can be exciting to collaborate with other talented people, the old adage of “too many cooks” DOES come into play at a certain point – usually, for me, earlier than anyone else. (Which is ironic, since I truly love musicals – I’m just not crazy about the process of creating them, I guess!?)

So I’ve resisted involvement in many theatrical endeavors, despite my high regard for most thespians. In 2008, however, I agreed to sub for the pianist at a musical melodrama theater – an extremely underpaid gig that extended almost 2 years before I had enough financial wherewithal to walk away… umm, make that RUN away! For years afterwards I told myself that it was the unreasonable demands of the music director, some of the actors and staff that had made me so miserable during that period, when every single day for 7 days a week I would dread the one or two performances I’d have to play each Sunday. It was only after I’d subbed at another musical melodrama theater that I realized that, crabby and unappreciative as the cast might have been, they hadn’t been the problem – for me, it was the job itself! Juggling last-minute changes while responding to what’s happening on the stage and always being “on!” is nerve-rattling and I just don’t have the constitution to sustain that for 2+ hours. When it comes together, you might feel like Superman…

but when something goes wrong (as it frequently can!), there’s hell to pay, whether it’s actually your fault or not!

Technological advances and shrunken production budgets have had a dreadful impact on the current state of musical theater; to be filed under “Spinning Straw Into Gold”, 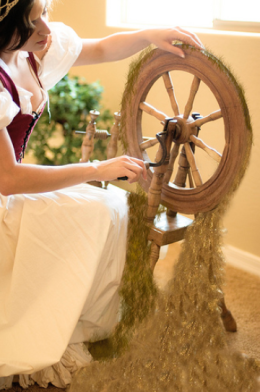 the last gig I was hired to play seemed easy enough when I checked out the songs via YouTube videos; the score was non-challengingly melodious and traditionally orchestrated, like musicals in the 1940s-60s. When I got to the first rehearsal, it was revealed that ALL of that orchestral music, (save a solo cello, solo flute and the music director’s piano) would be MY responsibility, courtesy of a jury-rigged computer-keyboard setup with multiple pedals, sampled sounds and sheet music indicating multiple instrument changes within 2 bars – an impossible scenario for low-tech me.  I knew that there was no way I’d ever be able to perform, let alone master this part, no matter how much I practiced, so I bowed out that afternoon. I later learned that playing this particular show had reduced more than one highly skilled professional pianist to tears.

My cap is off to theater musicians – especially music directors – who are able to run the show AND make superb music doing so. They create unique magic for an audience, and they are more-often-than-not ill-compensated for their alchemy.

…… after all, fingers take a beating, doing this sort of thing!!

2 thoughts on “Gaslit* at the Gaslight”